Additional capacity provided by TURKSAT 4A communications satellite operating on 42°East has increased number of TV, radio and allowed more TV channels to provide HD versions of their transmissions over the TURKSAT satellites. Moreover, new channels are continuously being added to our channel list day by day.

Due to the difficulties experienced by our viewers to keep their set-top boxes up-to-date for TURKSAT satellites with the increasing number of broadcast services, a new channel update system (TKGS) was commissioned by TURKSAT in 2013. It was adopted by many satellite receiver and Smart TV manufacturers to eliminate difficulties experienced with the standard channel searching methods.

TKGS is a channel update system that renews the entire the channel database of the compatible receivers and Smart TVs using the data updated and transmitted continuously by TURKSAT over TURKSAT satellites.

The transmission parameters of channels broadcasting through satellites may change several times. New channels start to broadcast in due course and some others put an end to broadcasting.

By means of TKGS provided by TURKSAT, such problems experienced while updating TV and radio channels, are entirely eliminated.

With TKGS, channel lists of TKGS-supported satellite receivers and Smart TVs are kept up-to-date, without the need for viewers to follow the broadcast parameter update news.

It is expected that TKGS will take place as a standard hardware in FTA (Free-to-Air) satellite receivers and Smart TVs which are widely preferred in Turkey. 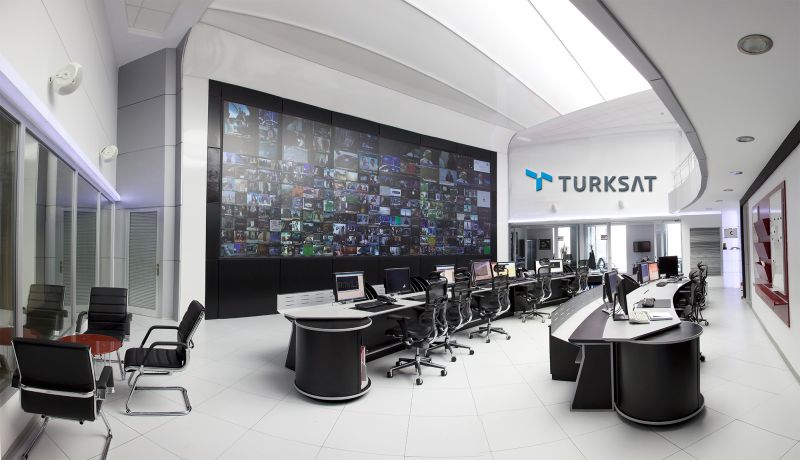 How to adopt the TKGS system?

In TKGS, necessary data is provided by TURKSAT. In this way, the obligation of firms for producing and publishing their own data is eliminated.

Although some satellite receivers currently have update support, this service will become standard and continue uninterruptedly by generalization of TKGS. Hence, all satellite receiver and Smart TV users in Turkey will be concurrently provided with the information about parameter changes of the channels broadcasting through our satellites.

The satellite receiver is able to update the channel list periodically even in the "stand-by" mode. Update process takes place at the background within a few seconds without any interruption of broadcast while the satellite receiver is going through a channel having TCUS data. There are different update modes, such as the "stand-by" update mode, within the system. The viewer sees a specific message on the screen when the channel list is updated and gets informed of the updated channels.

A TKGS logo is placed on every TKGS-compatible set-top-box. Our viewers wishing to purchase a TKGS-compatible satellite receiver or Smart TV are needed to contact manufacturers with TKGS integration.

There are three different user modes in the operating structure of TKGS, in accordance with the preferences of end-users.

Two separate main lists, the HD list and SD list, are currently available in the TKGS channel ranking. Both lists include all channels transmitted over TURKSAT satellites. However, the HD list prioritizes unencrypted HD broadcasts.

In addition to all of these, various categories (news, sports, music, etc.) have been created in TKGS. These categories are offered ready to the user as predefined favorite groups and kept up-to-date on a continuous basis.

If the user shuts down TKGS on a TKGS compatible satellite receiver or Smart TV, the update process will not be interrupted. Continuity is maintained by publishing TKGS data among many different TV package broadcasts.

The satellite receiver or Smart TV is able to update the channel list periodically even in the "stand-by" mode. Update process takes place at the background within a few seconds without any interruption of broadcast while the satellite receiver or Smart TV is viewing a channel carrying TKGS data. There are different update modes within the system besides "stand-by" update mode. Following the completion of the update, a specific message is shown on the screen and viewer is informed of the updated channels.